Yoga is not about who we are becoming,

Yoga is about who we are. 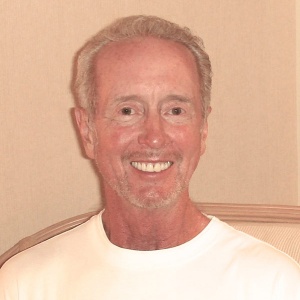 In 1975 Larry became one of the first five graduates of the Iyengar Yoga Institute of San Francisco. He then joined Felicity Hall and Ruth Barsky at the Cowper Street yoga center in Palo Alto, where he taught for 39 years. In 1983 he became one of the first six Americans awarded an advanced teaching certificate by BKS Iyengar. As of November 1, 2016, Larry will be teaching on the North Shore of Kauai.

Larry grew up in the Palo Alto/Menlo Park area. He graduated from Menlo–Atherton High School, the University of California at Santa Barbara, and the Stanford Business School. He served in the Peace Corps for two years in Colombia, and after that travelled around Latin America for two more years. In 1972 he came back to Palo Alto where he began his yoga teacher training.

Larry first visited Kauai in 1975, fell in love with the North Shore, and hoped some day to return to live. This has finally happened as Larry and his wife Hisae will now be living in the beautiful Kilauea area.

One important aspect of Larry’s yoga teaching is the relationship he develops with each student, which deepens the experience for both, and plays a crucial part in creating well-being. Another is the conscious development of a caring community. Some of Larry’s students have been with him for more than 30 years, many for more than 20, and because of this a wonderful community has come into being.